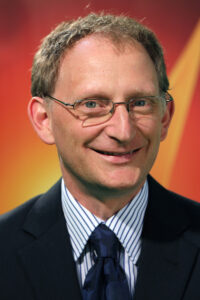 Dr Anthony Young is Head of Classroom Music at St. Laurence’s College in South Brisbane. The college has a strong male community singing tradition, supported by 7 choirs involving 240 singers aged from 10 to 17 and taught by a team of highly accomplished and generous teachers. His research doctorate in Music Education examined the participation of boys in a Kodaly based music education program. He holds a Masters in Music Studies (choral conducting), an Australian Kodaly Certificate, an Arts degree in literature, and a Law degree. A recipient of the Queensland College of Teachers Excellence in Teaching award, Anthony serves the QCAA as a Lead Endorser, Lead Confirmer and Lead External Examiner. He has contributed to books on Music Education and Choral Conducting published by ACER, Springer publications and Oxford University Press. Anthony lectures in musicianship for the University of Queensland and is in demand as a choral conductor internationally in school, community, festival, and liturgical settings.

1. Demonstrated personal teaching and musical excellence
Anthony exemplifies excellence in Kodály-inspired teaching and musicianship. He is recognised at local, national, and international levels for leading an effective Kodály-inspired combined primary and secondary school classroom, choral and liturgical music program. He is considered an international expert in teaching singing to males and navigating the voice change. Anthony is regularly sought after as a pedagogy clinician and choral conductor across the country, including the Brisbane Summer Schools (2002-Present), Kodály Mackay Choral Festival (2005-2019) and the Kodály-inspired Australian Boys Choral Institute Summer School (2006-2018). He is an accomplished singer, accompanist, and church musician in his own right. His practice-based research is published by the Australian Kodály Journal, Springer, Oxford University Press, and Parlando.

2. Demonstrated contribution of work to Australian Kodály-inspired music education
Anthony’s consistent and substantial contribution to mentoring the Australian Kodály community is multifaceted. He is driven to empower and support all in becoming the best musical person and teacher they can be. For over 23 years, he has led a Kodály-inspired program at St Laurence’s College, which has involved the convergence of classroom, choral and liturgical music education underpinned by exemplary singing, musicianship, and inclusion. His signature adolescent male choir, The Brotherhood, has world-class standing and is regularly featured at national events and in international projects. The success of this program can be attributed to mentoring and supporting a team of highly skilled curriculum and co-curricular music educators. His classroom and rehearsals are open to all, and he openly shares advice and resources he has personally created. His teaching is featured on Kodály QLD’s Middle Years DVDs which are used by teachers and teacher education courses around the country. Anthony’s work at St Laurence’s has long served others as a national lighthouse in effective Australian Kodály-inspired music education. Anthony’s infectious energy for rigorous music education and quality singing spans the broader community. He is an accredited Lecturer in the Australian Kodály Certificate and has been directly involved in Brisbane Summer Schools for 20 years as a pedagogy and conducting lecturer and accompanist. His current and past students consistently hold a significant presence in the summer school every year. Anthony also contributes to mentoring tertiary students through his lecturing in musicianship at The University of Queensland and pre-service music education at Griffith University. In addition, he has been pivotal in establishing a local network for music teachers in Catholic schools to support the development of school singing culture. Anthony is one of a few who are able to unite diverse music communities together and is respected in the Australian National Choral Association (ANCA), Australian National Association of the Teachers of Singing (ANATS) and liturgical music communities. Anthony’s contribution has intensified during the past two years despite the pandemic, where he has embraced innovative online teaching approaches.

3. Demonstrated impact of work on Australian Kodály-inspired music education
Anthony has mentored a generation of Kodály-inspired musicians and music teachers who now work across the globe. His work has directly shaped the development of Kodály-inspired secondary school and choral music pedagogy in Australia. The annual St Laurence’s Music Old Boys’ season (e.g., https://www.youtube.com/watch?v=A2dhwN6zHuw) is a testament to the lifelong impact Anthony has on students and the meaning of music in their lives. By request, his research on the adolescent male voice has been recently translated into Hungarian. Countless pre-service teachers and colleagues locally, nationally, and internationally have benefited from observing, working alongside, and learning from him for over two decades. Anthony is one of the most influential figures in the Australian Kodály movement to date.

4. Potential model for others
Anthony serves as a shining light for Australian Kodály-inspired music education. He is respected widely for his generosity, intelligence, passion, and integrity. Anthony has selflessly gifted his expertise to the Australian Kodály community and crafted a legacy that will be long lasting.