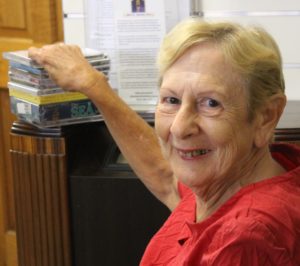 After some years of general primary teaching Val Layne was appointed to a music teacher position in a primary school in Brisbane, Queensland. Later she was one of the first three to be appointed as a Music Advisory Teacher in the Queensland Education Department. The appointment was to Brisbane West Education Region to work across a wide range of primary schools with general teachers as well as music teachers.

In 1976 Val took up the position of Music Education Officer (Primary) in the Music Section of the Department of Education. In this position she paid advisory visits to music teachers in all parts of the State. Another important aspect of her work was to plan and implement professional development sessions and courses. These varied in length from a day to ten weeks.

During the years from 1976 until retirement Val was involved in the development of the Music Syllabus and Guidelines Years 1-7 and also had input into the music strand of The Arts Syllabus Years 1-10.

Between 1987 and 1999 Val was heavily involved in the development of five levels of Tune In, music education program developed for students in Queensland who didn’t have access to a music teacher due to distance.