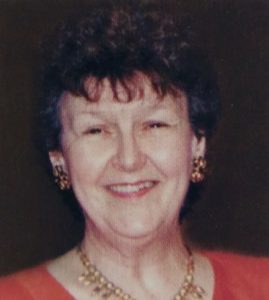 Ann Carroll is an Honorary Life Member of Kodály Australia, recognised for her longstanding service to the National Council and substantial contribution to the Australian Kodály movement.

Ann was a National Councillor from 2008-2020 (co-opted 2009; elected 2010) and was a significant voice in strategic direction, financial management, constitution requirements, policy and association archives. She was a foundation member of the Finance & Strategic Planning Committee and directly involved in the recruitment of a National Administrator for the association. Ann was also Editor of the Australian Kodály Bulletin (2005-2008) and the Australian Kodály Journal 2009-2010, and Co-Editor of the 2011 online journal.

Ann taught in state primary, one-teacher and secondary schools and in an Anglican secondary boys school. From 1977 to 2003 she was responsible for music education policies and programs, and for professional development of primary and secondary specialist music classroom and instrumental music staff in Queensland government schools. This included state-wide strategic plans for rollout of music services, buildings, equipment, qualifications of teachers, professional development of teachers, conferences of teachers.

From 1979-2004 Ann was AMEB Qld Committee Chair and one of the six Federal AMEB Board Company Directors. She was on the Executive for most of that time including eight years as Federal Chair. Ann served 25 years from 1979 on the Qld Conservatorium Council including as Deputy Chair, and 25 years on UQ’s Music Faculty and School of Music Board, followed by appointment as Adjunct Associate Professor from 2004-2008.

Kodály Australia is proud to support Australian music education research that may benefit our members. Early career music teachers within five years of graduating from an initial teacher education program are invited to participate in the research project, Early Career …
Read more →

Kodály Australia is proud to congratulate and celebrate member Dr Aleta King who recently completed the Doctor of Musical Arts at the Sydney Conservatorium of Music, The University of Sydney. Dr King’s doctoral research investigated the role of the conductor …
Read more →